5 Side Effects of Lockdowns 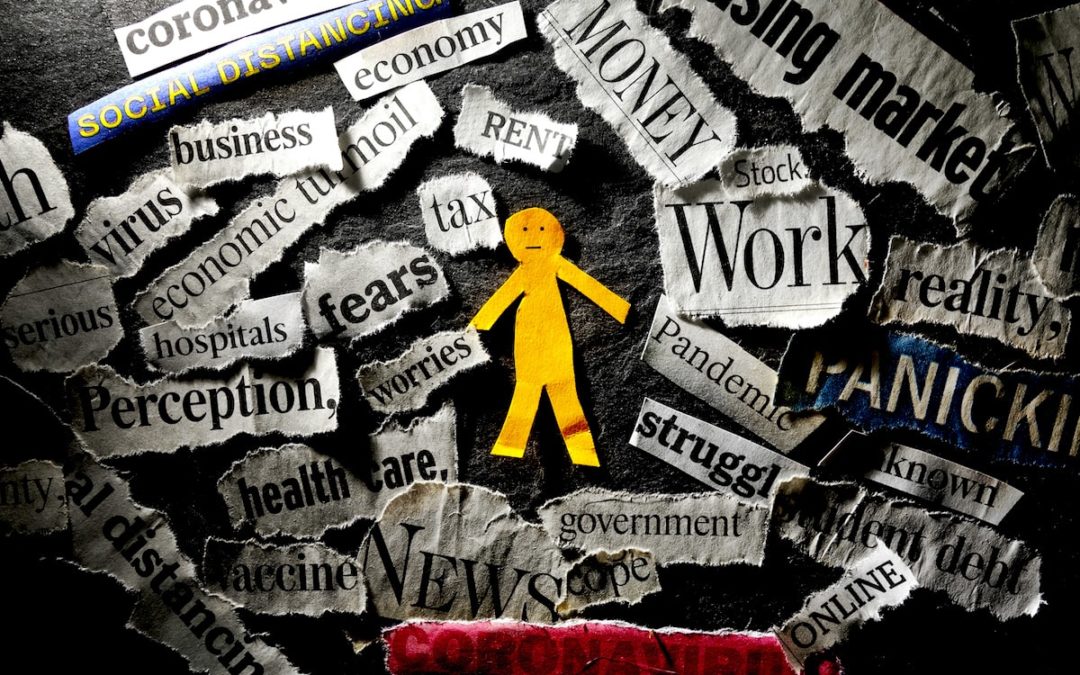 The novel coronavirus/SARS-CoV-2 outbreak has brought a lot of devastation. It has been associated with hundreds of thousands of deaths and it has sickened many. This is tragic. However, other tragedies are taking place which are not the direct result of the virus but due to subsequent covid policies put in place. Lockdowns are causing numerous side effects.

Responding to the COVID-19 pandemic, health authorities recommended quarantining. However, these quarantines were different than those that communities have used for centuries.

Quarantines have their origins in the early 1300s in Venice, Italy. Quarantine or quarantina derives from the Italian quaranta, which means forty. In order to stave off the bubonic plague and other infectious diseases, a period of forty days used to be imposed upon ships when they were suspected of carrying a contagious disease. This was done to prevent the transmission of the disease.

According to the Centers for Disease Control and Prevention (CDC), a quarantine involves… the separation of a person or group of people reasonably believed to have been exposed to a communicable disease but not yet symptomatic, from others who have not been so exposed, to prevent the possible spread of the communicable disease.

Centuries later, our officials along with governments all over the world in a synchronized fashion decided to impose some other type of quarantine – lockdowns. We were told that these lockdowns aimed to prevent the spread of SARS-CoV-2 despite having NO scientific basis for them.

These lockdowns, “shelter-in-place” or “stay-at-home” orders, required people to stop living their normal lives. The government ordered us to stop working, going to school, and worshipping, halt any gatherings and maintain social distancing.

They ordered all businesses to close their physical offices unless they were considered “essential businesses.” Interestingly enough, liquor stores and large conglomerates such as Walmart remained open but mom-and-pop stores were forced to close.

These “stay-at-home” orders are totally different than quarantines. This is the first time in history in which lockdowns and isolation procedures are mandatory for everyone. They are isolating the healthy – not just those suspected of being carriers of the virus.

Here in New York City, it has been two months and we have been experiencing some disastrous effects of the lockdowns. These lockdowns are creating a large secondary epidemic of abuse, addiction, mental illness, and a possible economic recession.

A horrible side effect of lockdowns is child abuse. One of the most vulnerable populations, our children, is experiencing more abuse now than ever. This is the case because schools, childcare facilities, and other educational centers are closed and children are home all day.

Confined at home 24/7 and without any real connection to the outside world, children are more susceptible to physical, sexual, and psychological abuse. Home can be the most unsafe place for children whose parents are over-stressed and unable to cope with their emotions. The school system, which many times can detect abuse and allow children to express themselves safely, is not available to them now.

The Rape, Abuse, and Incest National Network (RAINN) has denounced a noticeable increase in minors reporting sexual violence during the period in which states implemented shelter-in-place rules. In 67% of the cases, they accused a family member of sexually assaulting them; from these cases, 79% of them reported living with the perpetrator. Increases in rates of physical abuse and deaths have also been noted.

As alarming as this sounds, over 90 percent of sexually abused children are victimized by someone close to them according to the American Professional Society on the Abuse of Children. Generally, adults in the home or older relatives are the perpetrators but in one-third of child sexual abuse cases, other children (siblings, cousins, friends) are the abusers.

NBC News has reported a rise in domestic violence calls since March in the United States as well. Houston police reported a 20% increase; in Charlotte-Mecklenburg (NC) an 18% rise, in Phoenix (AZ) 6% rise, in Cherokee County (SC) a 35%, in Salt Lake City (UT) 30% jump from 73 to 96 cases in mid-March.

According to the CDC, 1 in 3 women and 1 in 4 men in the US have experienced domestic violence in their lifetime. Unfortunately, 41% of female survivors and 14% of male survivors sustain physical injuries, and about 1 in 6 homicide victims are killed by their intimate partners. But the damage is not only physical. Many victims are also at a higher risk for PTSD, substance abuse, depression, chronic disease, and risky sexual behaviors.

This pandemic has been a huge trigger for people in recovery. It is well known that social support is an essential part of recovery, in Twelve Step Programs and other modalities of recovery. The lockdowns have halted this social component. The added emotional stress compounded with interruptions in the treatment process poses huge risks. In addition, people are less likely to follow their treatment now due to fearing the possibility of contracting the virus.

It is sad to say but addiction affects millions of people. According to the American Addiction Center, over 19.7 million Americans aged 12 and older battled substance abuse in 2017; 74% of them have an alcohol disorder and 38% abused other drugs. There is also comorbidity with mental illness in 8.5 million of these individuals.

This lockdown is, also, having a major impact on those without prior histories of substance abuse or addiction. People stuck at home with totally disrupted lives are feeling more overwhelmed than ever. Being unable to cope, a lot of people are drinking more, using drugs, or escaping through overeating, gaming, gambling online, and watching pornography.

Another side effect of lockdowns is the toll is taking on people’s mental health. People are experiencing severe distress on the day to day basis and for the long haul. And if people are not experiencing emotional disarray now, they may experience it in the months to come. Trauma can manifest 60 to 90 days following exposure to a traumatic event and can have long-lasting effects.

Currently, there have been numerous reports of an increase in mental distress. The Washington Post reported that text messages to the federal government’s disaster distress hotline increased by more than 1,000 percent in April, the month when most Americans were under lockdown. Talkspace, an online therapy platform, reported a 65 percent jump in clients since mid-February.

Not only regular folks’ mental state is being affected but that of essential workers as well. A study of 1,257 doctors and nurses in China during the coronavirus peak showed an increase in symptoms of depression by 50%, anxiety by 44%, insomnia by 34%, and overall distress was experienced by 71% of the medical staff.

Mental anguish has already brought many to suicide. For instance, there was a 49-year-old Manhattan emergency room physician, a 23-year-old EMT worker, and a former Playboy Playmate (Ashley Mattingly, a domestic violence victim with a history of substance abuse) who committed suicide last month. In the Bronx, New York, there was a “suicide by cop” attempt of a man who tested positive for coronavirus, dialed 911, and greeted police with a gun and a knife but survived the confrontation.

The rates of suicide are huge. In six weeks (March 15th to April 30th), 14 adults and 2 teenagers committed suicide in Queens, New York. To give you a point of comparison, there was the same number of suicides in that area but in a period of five months the previous year.

We can’t yet grasp the economic disaster following the lockdowns. But it is acknowledged by most that recessions and economic depressions are devastating. They have far more negative consequences than a virus outbreak, even one with a high infectious rate like the current one.

An economic recession in the United States can be disastrous, not only to us but to the whole world since we have interdependence with many other countries. Recessions beget income loss, drops in the stock market and real estate, bankruptcies, more unemployment, rise in inequality, and poverty.

We are not sure if a recession is coming up. Yet, we do know that 13% of the U.S. workforce (over 22 million Americans) filed for unemployment between March 15th and April 15th. We know that people have kept filing for unemployment over the past month and that many more are still trying to file online but are unable to successfully do so because of the dated system is overwhelmed. To give you an idea of the current economic crisis, unemployment increased from 5% to 20% in the recession of 2007–2009 and 23% in the Great Depression. So the picture is not pretty!

Besides the economic and societal problems of recessions, these periods of economic devastation are detrimental to our emotional and psychiatric health. A study of the Great Recession which took place between 2007 and 2009 reported that the suicide rate among adults (40 to 64 years old) increased by 17.6% while the unemployment rate nearly doubled. Suicides related to external circumstances among people 65 and older also increased, from 7.5% to 12.4%.

The Meadows Mental Health Policy Institute forecasted the impact of COVID-19 on the economy and mental health using estimates derived from the recession of 2007–2009. Their model projected that a recession similar to the Great Recession, with a 5% increase in the unemployment rate over a year, could cause 4,000 more suicides, 4,800 overdoses, and 600,000 more cases of addiction. A recession similar to the Great Depression could cause 18,000 more suicides and over 22,000 drug overdoses.

Dramatic increases in child abuse, domestic violence, emotional distress, suicides, drug/alcohol abuse, and other addictions, as well as economic havoc, are some of the lamentable side effects of lockdowns. Lockdowns along with the constant bombardment of fear-instilling news related to the virus, the death count on the TV screen, massive layoffs, unemployment, people’s inability to be productive members of society, bankrupted businesses, and the destruction of social connections have much more catastrophic effects that the virus itself.