Lessons from the World Cup

Lessons from the World Cup: The 2018 FIFA World Cup is taking place right now in Russia. It is the 21st tournament, a quadrennial international football (referred as soccer in the US) competition contested by the men’s national teams. The final tournament involves 32 national teams and a total of 64 matches played in diverse venues and cities.

Unfortunately for us, the United States team was unable to qualify for this tournament, but a team close to my heart, Colombia, was able to make it.  Some of the favorites this year are Germany, Brazil, Spain, and France. Yet, in soccer, you never know which team will win; there have been many upsets from time to time.

The 2018 FIFA World Cup attracts millions to watch the games daily or at least to catch the highlights. Many enjoy watching their national team play at an international level or their favorite athletes perform on the highest arena. The World Cup finals is the most widely viewed sporting event in the world with around 715+ million people watching.

Major networks make it easy to catch all the action through television, live streaming, and on-demand options. However, this year virtual reality (VR) with it’s high quality immersive content has made it’s way to the public offering the virtual live streaming of FIFA’s matches. Give it a try and experience all the action that this international popular tournament has to offer [for more information check out VRScout’s article, “How to Watch the 2018 FIFA World Cup in VR“]. 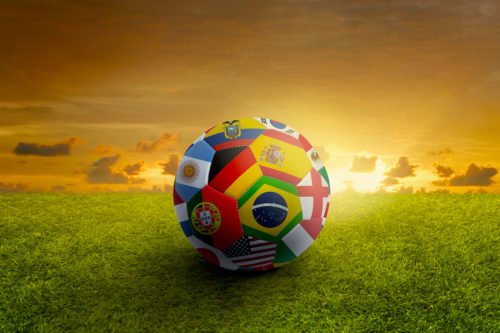 Lessons from the World Cup

Do you know what does it take to be in the World Cup?  Qualifying for the world cup is an arduous process and making it to the finals a brutal one. There are many lessons we can learn that can help us not only in sports but in life in general.

Here are some key components to keep in mind when aiming for the stars:

Yet, there is much more than just practice when aiming to achieve a finalist-like status. Practice is only a piece of the puzzle, not the whole picture.

Winners are not only found at the World Cup, they are found everywhere.  Lessons from the World Cup can be applied to any field, enterprise, or realm in your life.  Dream big, believe in yourself, remain consistent and positive, and back everything up with the necessary action required to achieve your desired results.