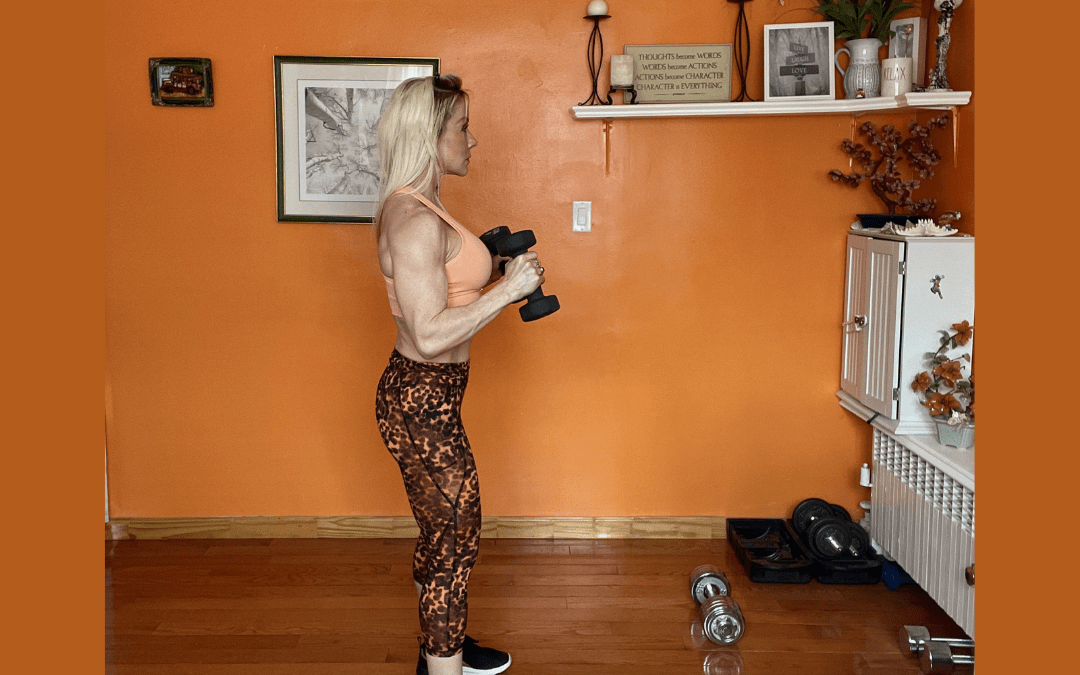 Hammer Curls: Competing, training, and coaching others, I see how sculpted arms have exemplified powerful physiques. A great exercise to strengthen and sculpt the biceps is the Hammer Curl.

Below we’ll look deeper into hammer curls and we’ll cover the following:

What Muscles Do Hammer Curls Work?

Hammer Curls target the bicep, specifically the long head of the biceps. The bicep or biceps brachii is the large muscle that lies on the front part of the upper arm between the shoulder and the elbow. It arises on the scapula and runs towards the upper forearm. The biceps muscle has two heads – therefore its name – the short head and the long head. The biceps main function is to flex and supinates the elbow -allowing it to rotate so the palm faces up or forward. The biceps is one of three muscles in the anterior compartment of the upper arm, along with the brachialis muscle and the coracobrachialis muscle

Hammer curls, also, target the brachialis and the brachioradialis (forearm muscles). Some of the stabilizer muscles involved in the movement are the anterior deltoid, the trapezius, and the extensor carpi radialis.

How to Do Hammer Curls

You can also complete your bicep workout with bicep curls, overhead cable curls, and Zottman curls.