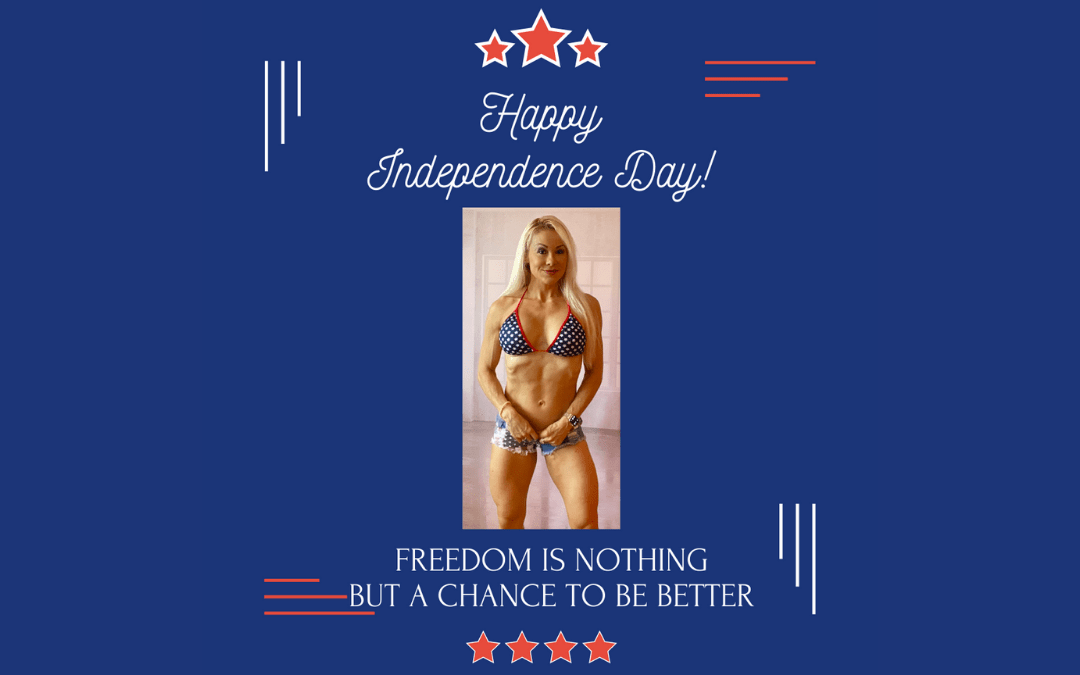 Everyone enjoys the Fourth of July, the day on which we commemorate the Independence of the United States. But do you know what independence day means? Let’s look into it and reflect on how freedom and independence can apply to your daily lives.

July 4th is the National Day of the United States. The day (July 4, 1776) on which the declaration of independence was adopted by the Continental Congress and the thirteen colonies became established as a new nation, independent from the British Empire.

The Bill of Rights and Our Freedoms

Taking this commemoration into account, it is a good day to think about the freedoms that we have access to. We are fortunate enough to have the Bill of Rights, which are the first ten amendments to the Constitution. These amendments delineate all the priceless freedoms we enjoy nowadays. All those freedoms that we, sometimes, take for granted.

Let’s remember our Bill of Rights and look into the most important amendments and the freedoms they proclaim:

Congress shall make no law respecting an establishment of religion, or prohibiting the free exercise thereof; or abridging the freedom of speech, or of the press; or the right of the people peaceably to assemble, and to petition the government for a redress of grievances.

A well-regulated militia, being necessary to the security of a free state, the right of the people to keep and bear arms, shall not be infringed.

No soldier shall, in time of peace be quartered in any house, without the consent of the owner, nor in time of war, but in a manner to be prescribed by law.

The right of the people to be secure in their persons, houses, papers, and effects, against unreasonable searches and seizures, shall not be violated, and no warrants shall issue, but upon probable cause, supported by oath or affirmation, and particularly describing the place to be searched, and the persons or things to be seized.

No person shall be held to answer for a capital, or otherwise infamous crime, unless on a presentment or indictment of a grand jury, except in cases arising in the land or naval forces, or in the militia, when in actual service in time of war or public danger; nor shall any person be subject for the same offense to be twice put in jeopardy of life or limb; nor shall be compelled in any criminal case to be a witness against himself, nor be deprived of life, liberty, or property, without due process of law; nor shall private property be taken for public use, without just compensation.

In all criminal prosecutions, the accused shall enjoy the right to a speedy and public trial, by an impartial jury of the state and district wherein the crime shall have been committed, which district shall have been previously ascertained by law, and to be informed of the nature and cause of the accusation; to be confronted with the witnesses against him; to have compulsory process for obtaining witnesses in his favor, and to have the assistance of counsel for his defense.

In suits at common law, where the value in controversy shall exceed twenty dollars, the right of trial by jury shall be preserved, and no fact tried by a jury, shall be otherwise reexamined in any court of the United States, than according to the rules of the common law.

Excessive bail shall not be required, nor excessive fines imposed, nor cruel and unusual punishments inflicted.

The enumeration in the Constitution, of certain rights, shall not be construed to deny or disparage others retained by the people.

The powers not delegated to the United States by the Constitution, nor prohibited by it to the states, are reserved to the states respectively, or to the people.

This Independence Day, we are encouraged to reflect on the greatness of America as a model of democracy and a free nation. Despite all the bad news we see on TV day in and day out, we must still be thankful that we live in a relatively free country. We are fortunate enough that we don’t live under dictatorial rule and that we have pretty much full autonomy to live our lives as we please.

We are fortunate to live in a place where we can achieve upward mobility and live a happy and productive life unharmed in spite of our skin color, background, or religion because we “all are created equal”. These cornerstone rights of “life, liberty, and the pursuit of happiness,” are what make The United States a great democracy.

However, we can’t be blind to the fact that over the past couple of years, some of our liberties have been violated. Government officials have continued to declare a state of emergency in order to use powers that, under regular circumstances, wouldn’t be allowed.

Lockdowns can be seen as constitutionally questionable since they are not based on the pure idea of quarantine. Quarantines were created, in the early 1300s in Europe, to stave off the plague. A period of forty days used to be imposed upon ships when they were suspected of carrying a contagious disease in order to prevent its spread. Quarantines were meant for sick people, not supposed to be imposed on healthy people.

These lockdowns or “stay-at-home” mandates ordered every citizen to halt gatherings, suspend all religious services, maintain social distancing, wear masks, stop working and attending school, and close all businesses not considered essential. These orders sacrificed our civil liberties, such as the 1st and 9th amendments, to deal with the virus.

Nowadays, we see more ways in which our freedoms are being compromised. For instance, “vaccine” mandates are totally unconstitutional. These mandates are an overreach of federal and state authorities. Some federal and state employees, as well as first responders, are being punished for making decisions related to their bodies. Some have lost their jobs due to avoiding the experimental gene modification shots. The experimental shots that have caused hundreds of thousands of adverse events and haven’t been shown to stop COVID-19 infection or transmission.

Additionally, the First Amendment keeps being infringed upon on the regular basis. Social media platforms and tech giants are censoring the voices of those who speak against the narrative. It is not uncommon to see people’s social media accounts being closed when they say something that goes against what the government says.

Beyond the current political climate, this 4th of July is a good day to think about your own Personal Freedom as well. Do you feel that you have all the freedom you desire? Do you feel captive at your job or in a relationship? Do you feel at liberty to have the body that you want? Are you free to enjoy good health or are you enslaved by medical conditions?

Maybe reflecting during this day can help you set forward all your plans towards independence. For instance, if you have medical conditions or are not in a fit state, you may be preventing yourself from doing many things you desire. Simultaneously, if you are not in control of your financial destiny, you may also be more constricted in life. Maybe this day, you can declare your freedom. Maybe you can think about how to position your life in ways that allow you to be freer in many areas of your life so you can have a more fulfilling life.

This weekend, as you celebrate the Fourth of July, include in your celebration some time to give thanks for the liberty and freedoms you have and to reflect on what you need to change. Let’s remember Jefferson, “the liberties we have are the gift of God. We would do well to not forget that” and put into application what Albert Camus said, “freedom is nothing but a chance to be better”.