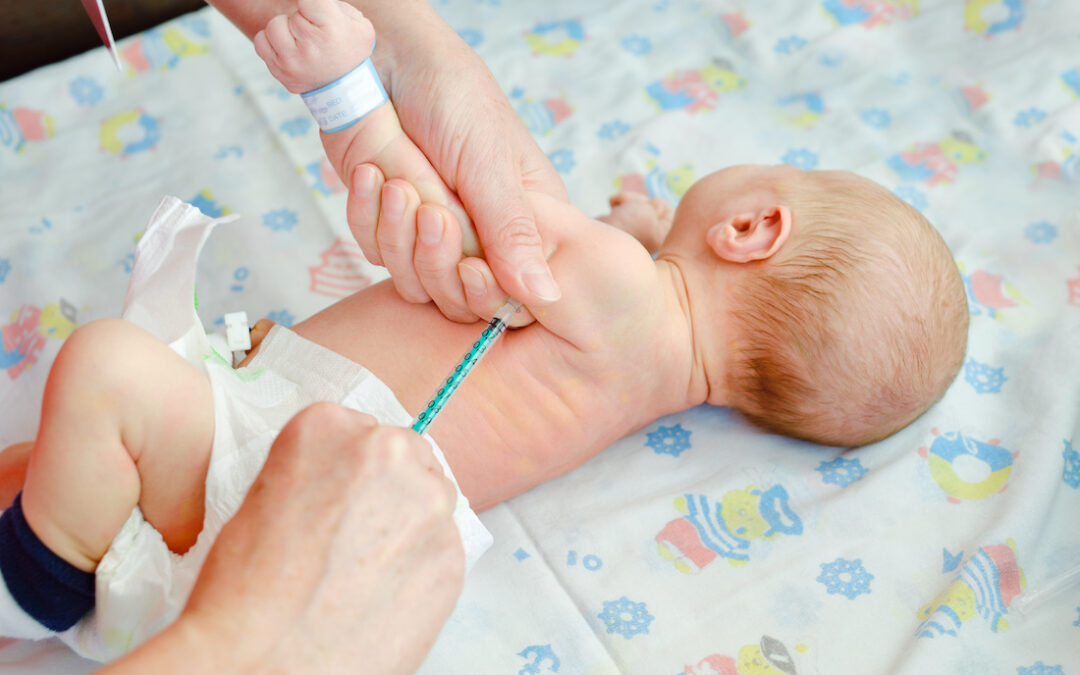 Now that vaccines are a common topic of conversation is important to learn more about them. In this blog, I’ll explore different issues related to vaccines, such as vaccine definition and ingredients, vaccine development, adverse events, as well the children’s vaccine schedule, and pharmaceutical companies liability.

What is a Vaccine?

Pre-2020, a vaccine was defined as a product or inoculant that “stimulates a person’s immune system to produce immunity to a specific disease.” However, after the introduction of COVID-19 shots, the definition was changed to “a preparation that is used to stimulate the body’s immune response against diseases.”

According to pre-2020 CDC documents, vaccines provide protection from infectious diseases as indicated by the presence of antibodies. Vaccines aim to provide immunity, which is produced by a person’s own immune system and lasts for many years – often a lifetime. It was also a well know fact that infection from disease, as well as from vaccination, provide active immunity.

We have been told for decades that vaccines are “safe and effective”. Unfortunately, vaccines – just like many other pharmaceuticals – have side effects due to the ingredients they contain. A vaccine not only has the virus it aims to prevent, but it also has more additives – many of which can’t be categorized as health products.

👉🏻 “The cumulative aluminum exposure from vaccines entering the bloodstream in children less than 1 year old exceeds the ATSDR-derived daily limit by several hundreds.”

👉🏻 “Infants adhering to the CDC vaccine schedule in the 1990s received up
to 187.5 micrograms of mercury in the first six months of life.

The typical vaccine development process takes between 8 to 15 years and involves research, discovery, and testing. Vaccine manufacturers must go through several phases of clinical trials, including animal trials and human trials.

When adverse events arise, they need to be explored and followed to determine if the rate of the event in the treatment group is greater than that of the control group.  Yet, these numbers may not adequately reflect the “adverse event profile” of the pharmaceutical product. We don’t know if these numbers are truly generalizable to the real world since participants may be a healthier population, they receive the product for a shorter period, and they may not have drug interactions to take into consideration.

The children’s vaccine schedule has radically changed over the past 40 years:

As you can see the children’s vaccine schedule, has dramatically changed since the mid-1980s. The mandatory number of vaccines and doses has increased while Americans’ state of health has declined. Now we have higher rates of autism, asthma, respiratory allergies, food allergies, skin allergies, diabetes, and autoimmune diseases.

It’s really concerning that some of the vaccines on the recommended routine immunization schedule are not a matter of necessity for children. However, all of them still pose risks. Common sense would say that there is no reason to inject children with Hep A or B, HPV, Shingles, Influenza, Rotavirus, or Pneumococcal Conjugate – unless they have a specific risk.

For instance, the Hepatitis A virus is acquired by transmitting it from one sex partner who is infected to another, by putting something in the mouth that has been contaminated with the stool of a person with hepatitis A, or by consuming food or drinks that have been handled by an infected person.

The Hepatitis B virus is acquired by transmitting it from one sex partner who is infected to another, by sharing needles and other drug paraphernalia with an infected person, or from an infected mother to a child at birth.

Why are newborns and children forced to get the hepatitis A and B vaccines? They are not intravenous drug users, prostitutes, or have multiple sex partners. There are no valid reasons to inject children with these vaccines unless they have been sexually abused, injected with an infected needle, born from an infected mother, or living in subhuman situations – eating/drinking sewage-contaminated food and water.

The children’s immunization schedule that we have now is totally different than the schedule that children had in the 1960s or early 1980s. The tremendous amount of mandated vaccines and dosages has brought along an extensive list of adverse events.

Some of the severe conditions seen as a result of several vaccines are:

This is a list of adverse events connected to each vaccine.

🛑 2018 CDC data on infant mortality shows a significantly higher average of 59 deaths per day, with only an average of 4 infant deaths per day deaths for nonbiological reasons (car accidents and such).

Comparison of Health Conditions: 1980 and Now

Americans’ state of health has been declining over the past decades. Children are now sicker and heavier than ever too. In order to see the decline over the years, we should look at some national statistics pre-1980s in comparison to now.

👉🏻 In the early 1980s, FOOD ALLERGIES were rarely mentioned in the medical literature.

🛑 Now, it is estimated that nearly 50% of the population suffers from at least one chronic illness. The cases of autism, food allergies, ADHD, sleep disorders, juvenile diabetes, rheumatoid arthritis, and other chronic and infectious diseases have skyrocketed.   Also, currently, almost 70% of Americans take at least one prescription medication.

🛑 By 2017,  7% of the population suffered from autoimmune diseases.

🛑 In 2021, 11.3% of Americans were diagnosed with diabetes and 23% reported presenting all the symptoms.

👉🏻 In regards to ADHD, there is not much scientific literature about it pre-1997.

We couldn’t talk about vaccines without exploring COVID-19 “vaccines.” First, you must know that these shots are not vaccines per se. As you learned, in a typical vaccine, an inactive virus or protein is administered to stimulate a person’s immune system, which produces immunity to a specific disease. Therefore, protecting that person from that disease. Additionally, the product in the vaccine does not leave the immediate site of vaccination, typically the shoulder muscle. This is not the case with COVID-19 shots.

On the other hand, mRNA “vaccines” are gene modification therapy products. They trick the body [with mRNA (Pfizer, Moderna) or adenoviral DNA (J&J, AstraZeneca)] into making SARS-CoV-2 proteins in an uncontrolled manner, provoking an antibody reaction.

SARS-Cov-2 spike proteins are the ones developed at the Wuhan Institute of Virology and haven’t been previously found in nature. These spike proteins attach to the ACE-2 receptors in the heart, brain, intestines, and many organs, but especially the reproductive organs. These shots also contain polyethylene glycols (PEGs) – used to stabilize the lipid nanoparticles which have toxic effects. PEGs are also toxic for most people and can cause life-threatening reactions like anaphylaxis.

These “vaccines” leave the site of vaccination. The proteins enter the bloodstream, circulate throughout the body, and accumulate in a number of tissues and organs. They cross the blood-brain barrier and are able to affect the brain, neurological and cardiovascular systems. Additionally, lipid nanoparticles containing the mRNA “vaccines” are transferred to infants through breast milk, and some babies have died from it.

Another alarming point is that these shots were developed in a few months, instead of 8-15 years. The preclinical evaluation phase – animal trials – was skipped, and phase 1 started a few months after the CDC declared SARS-CoV-2 a pandemic. On December 18, 2020, these mRNA shots were authorized by the FDA for emergency use. Learn more about COVID-19 “vaccine” safety and effectiveness, as well as some details, gathered from FDA documents related to Pfizer and Moderna “vaccines.”.

The CDC and health experts keep reiterating that vaccines are safe. However, they haven’t run studies to prove this point scientifically. Since over 99.7% of Americans have received vaccines, the government data doesn’t take into account the scientific method.

Due to the fact that anecdotal evidence has been dismissed for decades and that no studies have really examined vaccine safety, The Control Group did. They are a group of health freedom litigators, pediatricians, public health experts, and expert statisticians who conducted the largest-ever epidemiological health study of unvaccinated people.

The study included a real control group in the equation – Americans who never received any vaccine. The study aimed to answer if vaccines are contributing to America’s pandemic of immune-related injuries, disorders, disabilities, and deaths.

The evidence shows that “entirely unvaccinated Americans as a population cohort are extraordinarily healthy.” Find the results of the study 👉🏻 Vaccine Research: The Control Group and the outcome The Control Group Litigation at the courts.

Since the 1980s, vaccine manufacturers have been protected from liability under the National Childhood Vaccine Injury Act of 1986. This program took place due to the fact that vaccine manufacturers were losing millions of dollars because they were being sued regularly, and rightfully so when vaccinated children got severe adverse reactions. Now under the program’s protection, they are not liable for deaths or injuries anymore.

Additionally, the government passed the Public Readiness and Emergency Preparedness Act (PREP Act) in 2005. The PREP Act further protects these companies from financial risk and shields them from liability when they launch a product, under a public health emergency, that causes injuries.

The only option for compensating injured people is the Countermeasures Injury Compensation Program (CICP). These are benefits (paid by taxpayers) that people can claim if they experience a serious injury from a covered countermeasure (vaccination, medication or device recommended to treat a pandemic, epidemic, or security threat). The CICP is a poor solution since it doesn’t cover legal or medical expert fees and lost wages are capped at $50,000. Besides, victims are not awarded compensation due to pain and suffering. Plus, there is no judicial appeal if the claim is found invalidated. By the way, only 8% of petitioners have been awarded compensation since 2010.

By analyzing the specific segments of the population that are at risk, as well as the treatment and prognosis for the viruses that each vaccine addresses, one may conclude that public health is not what’s driving the continuously growing immunization schedule. Much more when the current system enriches pharmaceutical companies, eliminates liability, and neglects those who suffer adverse events.

Legislation protects big pharma since pharmaceutical companies contribute financially to legislators, health bureaucrats, medical boards, medical schools, and physicians. In turn, these companies have no incentive for concentrating on safety testing or proper vaccine development. These financial entanglements pose numerous conflicts of interest that endanger the health and lives of millions of children and adults.

Maybe decades ago we were able to blindly submit to doctors’ recommendations because they followed the Hippocratic Oath. However, legislators and the medical system have been corrupted by the pharmaceutical industrial complex. Now that you have more in-depth information about vaccines, ingredients, adverse events, vaccine development, immunization schedule, and the liability of pharmaceutical companies, you should consider doing your own research before submitting to doctor’s orders.