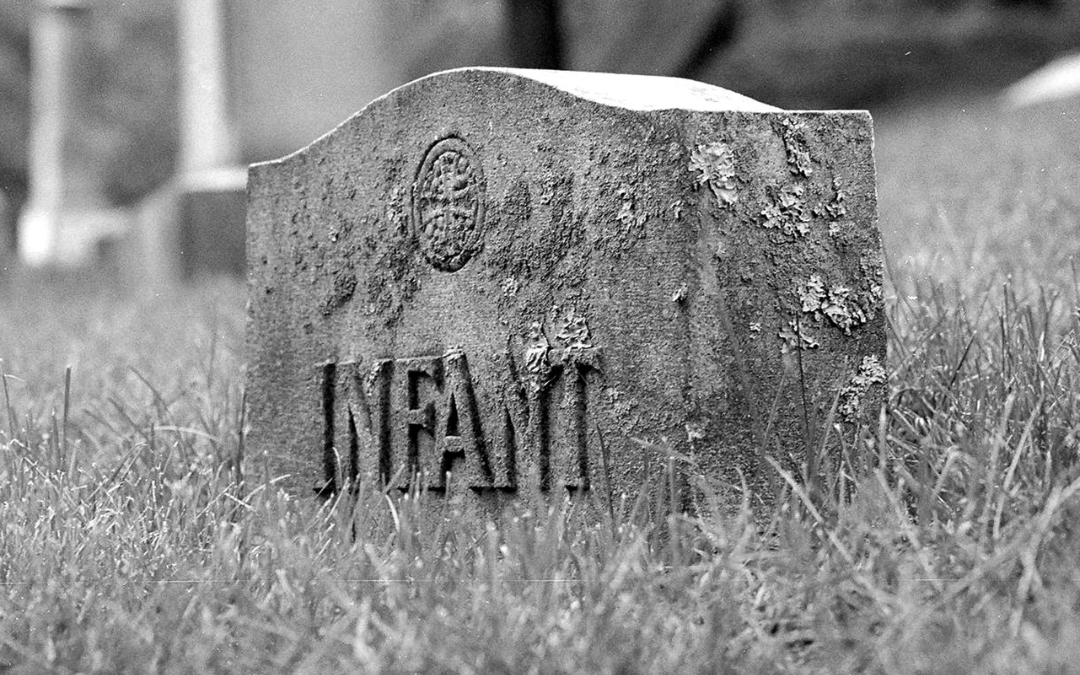 While being bombarded with the pervasiveness of sudden adult deaths all throughout the globe, a term that I have been hearing for decades kept popping up in my head – sudden infant death syndrome (SIDS). I had believed that SIDS was a happening of chance or related to babies sleeping in the wrong position. Simultaneously, I discovered sudden death in the young (SDY), which was a new term to me. The information that I dug about the sudden deaths of our children is astonishing and terrifying!

According to the CDC, the following are some of the risk factors associated with SIDS:

SIDS is one of the leading causes of infant mortality in the US. Nearly 90 percent of SIDS cases occur between birth and six months of age with a peak incidence around two to four months.

Here are some CDC stats:

Upon further exploration, I run into A Fresh Look at the History of SIDS by James R. Wright, Jr., MD Ph.D. Here are some highlights from the history and non-publicized research on SIDS:

It seems that infant mortality rates have been obfuscated. It’s interesting to note that in the SUID classification, the CDC added a category, “deaths due to unknown causes.” Since those deaths are unknown and sudden, why not included them in the SIDS category? This is another way to show low SIDS rates.

Death certification practices have been changed, giving the impression that SIDS decreased over the years. Yet, the reality is that all cause-of-death classifications associated with vaccination were eliminated and SIDS cases were reclassified under other names starting in the early 1990s.

This is not surprising or the first time that death classifications are changed to fit a certain narrative. The same thing took place in 2020 but in the opposite direction. It has been proven that the CDC hyperinflated deaths classified as COVID to maintain the state of emergency and misappropriate trillions of dollars from public funds. The FDA has also been caught approving toxic pharma products, hiding damaging side effects, and lying for the companies that reward them very well financially.

Low SIDS rates keep attention away from infant deaths that take place suddenly and are “unexplained.” In turn, no public outrage or further investigations take place and the current immunization schedule remains unchallenged. However, it is hard to deny the connection between vaccines and SIDS.

Sudden Death in the Young

In the quest of researching children’s mortality rates, I discovered sudden death in the young (SDY). It seems that this term (SDY) started appearing in the medical literature in the past six years. SDY is the sudden and unexpected death of youngsters, those younger than 20 years of age. According to the CDC, there is no specific diagnosis in many SDY cases so it’s like SIDS but for older kids.

Isn’t curious that the USA, being one of the richest, most advanced, industrialized, and medically competent nations in the world, has an infant mortality rate higher than 49 countries? Our infant mortality rate is higher than that of Cuba, Guam, South Korea, Taiwan, Slovenia, Spain, Italy, Singapore, the UK, Australia, Lithuania, Ireland, Japan, Canada, and many more countries. We are, also, one of the countries with the highest number of childhood vaccines.

Research, which is hidden and never publicized, tells us that over 75% of SIDS deaths take place within 3 weeks of vaccination. Some of these infants die within 12 hrs of inoculation, others within 24 hrs, others within 3 days, 7 days, 14 days, and some within 21 days. How can we explain that and avoid drawing conclusions about a causal relationship between these two variables? Is it related to some of the toxic vaccine ingredients?

In addition, about 90 percent of SIDS deaths occur between birth and six months of age, peaking between months two and four. Do you realize that between months 2-4, infants receive at least 12 shots, and by month 6, they have received 19 shots? By age 1, infants have received at least 22 shots and at 1.5 years of age, they get a break from vaccination. Between ages 4 and 6, children get 6 shots, and again between ages 12 and 17, these youngsters get at least 5 shots. Is it a coincidence that infant deaths run parallel to the vaccination schedule?

Another point to consider is that if the leading cause of SIDS is that babies sleep on their side or face down and suffocate, wouldn’t we see more deaths in the first 2 months of life when infants are more fragile, have no upper body strength, and can’t move out of suffocating situations instead of in between their second and sixth months of life?

Looking at SDY data, we also know that most sudden deaths remain unexplained and occur in the sixth and twelfth months of life, and between ages 14 and 17. By looking at the Child and Adolescent Immunization Schedule, we can detect that sudden deaths intersect during these periods of vaccination too.

Is it a fortuitous occurrence that infants and children have a higher risk of dying during the months in which they have received shots? Is this as coincidental as the sudden adult deaths that we are witnessing around the world nowadays? Feel free to decide.