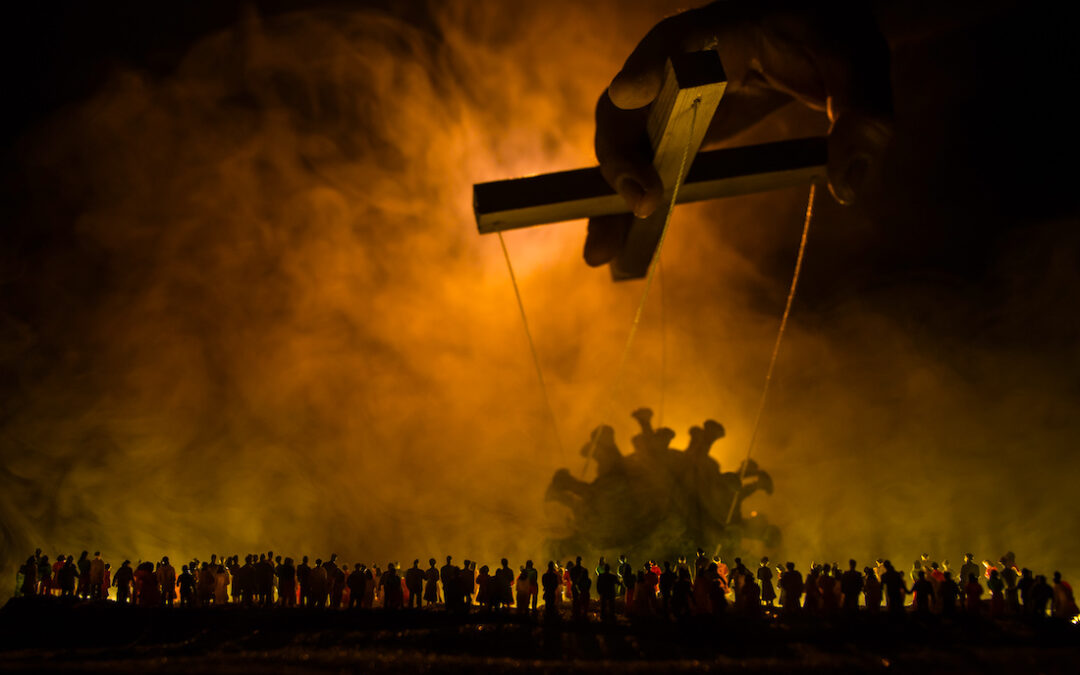 Being that Anthony Fauci has been at the national institute of allergy and infectious diseases (NIAID) since 1968, he has positioned himself in a very powerful position. He has been able to manufacture stories to move his agendas forward. In fact, Fauci orchestrated a narrative that discredited the claim that SARS-CoV-2 originated at a lab. This is Fauci’s cover-up of Covid-19 origin.

Fauci and the NIH funded gain-of-function research for decades. Gain-of-function (GOF) research focuses on manipulating viruses and making them more powerful – more transmissible and deadly to humans.
Gain-of-function experiments were the ones being conducted at the Wuhan Institute of Virology (WIV) when the COVID-19 pandemic first started. It’s believed that the outbreak that ended up killing millions emerged from a lab accident in Wuhan, China, and that Fauci was funding these dangerous experiments through EcoHealth Alliance.

Scientists and Health Bureaucrats Involved in the Cover-Up

Since there was a moratorium on funding new “gain-of-function” experiments in 2014, Fauci was eager to dispute the lab-leak hypothesis and proclaim the natural-origin theory of the virus. Fauci’s cover-up of Covid-19 origin involved gathering a group of scientists and powerful health bureaucrats to dispute the hypothesis that the virus originated at a lab (shown by hundreds of documents and emails).

Interestingly enough, a lot of the individuals involved in the cover up are part of the Global Preparedness Monitoring Board (GPMB), which was assembled by the WHO and the World Bank. This board is supposed to be an independent monitoring and accountability body that helps ensure preparedness for global health crises.

Here are some of the people involved in the cover-up:

Timeline of the Covid-19 Origin Cover-Up

In late January 2020, Dr. Robert Redfield, the director of the CDC at the time, expressed his concerns about the origins of SARS-CoV-2 to Fauci and Tedros Adhanom Ghebreyesus, the director general of the World Health Organization (WHO). He believed that the gain-of-function (GOF) research published by Shi and Baric in 2015 which had been funded by EcoHealth Alliance and NIAID could be related. These scientists had established that it was possible to alter a SARS-like bat coronavirus so that it would infect human cells via a protein- ACE2 receptor.

“I personally felt it wasn’t biologically plausible that [SARS CoV-2] went from bats to humans through an [intermediate] animal and became one of the most infectious viruses to humans. Neither the 2002 SARS virus nor the 2012 MERS virus had transmitted with such devastating efficiency from one person to another… We had to take the lab-leak hypothesis with extreme seriousness.”

Fauci’s cover up of Covid-19 origin was pretty ingenious. Fauci created the mirage that most scientists and those involved in the medical field believed that the virus originated in nature. Simultaneously, Fauci implemented his motto to crush dissenters by silencing the opposition and making them sound ludicrous.

Now that you see the timeline of events and the role that each person played, you can connect all the dots. You can see Fauci’s orchestrated effort to run the narrative that led us to his target, mass vaccination, which financially benefits him since he is a co-owner of Moderna’s “vaccine.” Fauci is a public health hazard, as well as a power and money hungry criminal.