Fauci’s Approach During The AIDS Epidemic 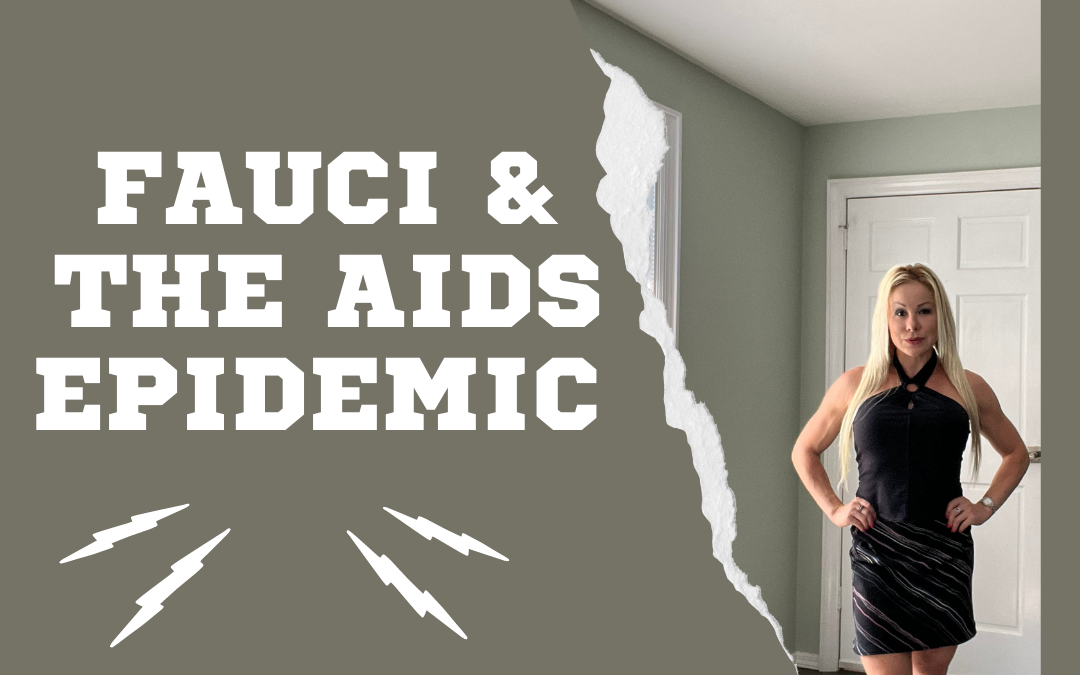 Fauci has taken a major role in every ”epidemic” since he became the head of the National Institute of Allergies and Infectious Diseases (NIAID). He has used these viral outbreaks to incite fear in the population, increase his funding, push drugs or vaccines that financially benefit him, suppress cheap drugs, and profiteer. Let’s look at Fauci’s approach during the AIDS epidemic.

Fauci’s approach during the AIDS epidemic involved public fear and increased funding. In 1981, the CDC declared Acquired Immune Deficiency Syndrome (AIDS) a health emergency. The National Cancer Institute (NCI) was taking charge of AIDS and patented a drug for it in 1985. By 1987, Fauci had appropriated the HIV program from NCI.

Even though Fauci knew that AIDS spreads mainly through sexual contact and intravenous drug use. He claimed that the virus could also be transmitted through “ordinary close contact” with the infected, as well as sexually and through blood-borne transmission. He asserted that even children were at risk just by having contact with an infected person.

In 2003, Fauci continued spreading disinformation about the severity and widespread reach of AIDS, “The news about the number of AIDS cases is bad and getting worse … In the next decade, 40 million more people will have AIDS, and by 2020, 70 million more people will die of it.” He also said that in the United States, there are “40,000 new infections every year, half of which are in people under age 25.”

Nowadays, we know that the statements Fauci made about AIDS are not true. Those were blatant exaggerations made to incite fear – similar to the ones he has been making about COVID-19. All the fear-mongering and propaganda he created was done to benefit his financial interests.

Fauci’s approach during the AIDS epidemic also involved accelerating drug approval despite low safety profiles. Simultaneously, he used his power to suppress the use of cheap drugs. Fauci even funded AIDS experiments on children who were wards of the state, killing about 200 of them in NYC.

One of the first drugs involved in AIDS treatment was azidothymidine (AZT). In 1964, AZT was developed for leukemia but the FDA abandoned it because it was deemed ineffective against cancer and “too toxic” in animal studies. In 1985, the National Cancer Institute (NCI) patented AZT as an AIDS drug claiming that it “kills HIV in the lab.” Yet, it hadn’t been proven it was safe.

In 1987, Fauci appropriated the HIV program from NCI and accelerated AZT’s approval. After a 16-week study, he declared it a success. However, the study had methodological flaws. Even though the clinical trials were supposed to be double-blinded with a placebo group, trials were unblinded almost immediately – making them invalid (just like with the Pfizer trials for the mRNA COVID shot). Also, the tables used were not even acceptable to statistical standards.

Furthermore, in order to cover up adverse events, the AZT group received 6 times the amount of blood transfusions as the original control group, which kept patients alive longer. Some patients who died were even counted as part of the placebo group. Plus, phase ll of the clinical trials was aborted half-point even though it was expected to last 24 weeks.

In any other arena, data tampering of this level which resulted in deaths could be seen as homicidal. Nevertheless, the FDA granted AZT fast-track emergency use approval (just like the FDA did for remdesevir and COVID-19 shots despite the known side effects). AZT was recommended for individuals with full-blown AIDS and HIV-positive asymptomatic people.

One FDA analyst recommended against the approval due to its serious toxicity and likelihood to cause cancer. And Dr. Robert E. Willner MD Ph.D., AIDS researcher, said in reference to the trials, “why do those on AZT need 6 times the amount of transfusion? Because you are dealing with a killer drug..”

Fauci Refuses to Test Other Drugs and Suppresses Their Use

Besides pushing not properly tested toxic drugs, another of Fauci’s approach was to prevent the use of other pharmaceuticals. Doctors using off-label therapeutic drugs (AL 721, aerosol pentamidine, bactrim, ribavirin) with positive results were commissioned against it. Despite the fact that these drugs had life-saving potential, the NIAID refused to test them in AIDS studies and prohibited their use in HIV+ patients (just like Fauci did with ivermectin and hydroxychloroquine during the pandemic).

The obstruction of these off-label therapeutics took place due to the fact that these were cheap drugs. These drugs were not profitable for pharmaceutical companies or health bureaucrats who had financial investments in pharma products. On the other hand, AZT’s annual treatment was $10,000 per patient, which was subsidized by taxpayers.

Despite that cheap drugs were being effective and that clinical trials for AZT showed it to be less than optimal, Fauci kept repeating that “the reason that only one drug has been made available, AZT, is because its the only drug that thus far has shown in scientific control trial to be safe and effective.”

It’s interesting to know that Gilead Sciences is the manufacturer of AZT and that the Gates Foundation has donated to Gilead for decades. Gilead and the Gates Foundation have deep financial entanglements with Fauci. It is peculiar as well that Gilead is also the manufacturer of remdesivir (the drug Fauci pushed as the only solution to treat COVID-19).

Fauci’s approach during the AIDS epidemic was highly beneficial to his pockets and the pharmaceutical industry. However, it was extremely harmful to HIV+ patients and American taxpayers – Fauci’s performance has been a public health hazard. His modus operandi of terrifying the population to get more money from taxpayers to fund studies of the pharmaceuticals that he wants to push is not good public health policy. On the contrary, those kinds of entanglements with pharma should be prohibited and condemned.

For more information related to the AIDS epidemic and Fauci’s involvement, check out the following sources: