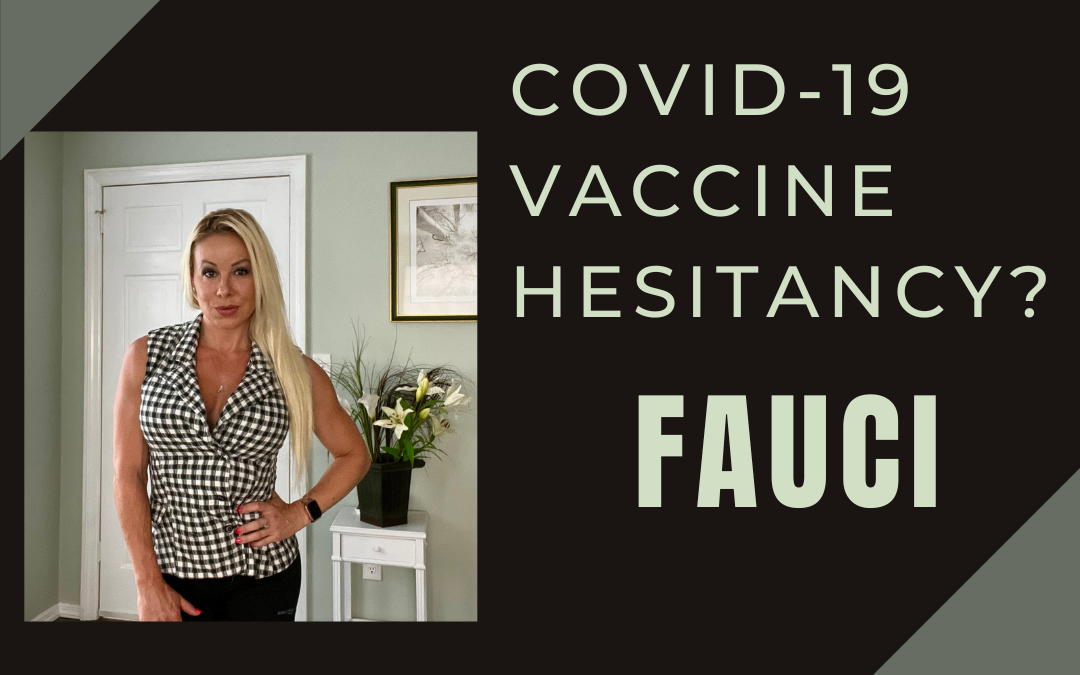 In my article, Our Social Atmosphere and The Inception of COVID “Vaccines,” I delved into the social environment of fear created around SARS-CoV-2 as well as death rates, and treatment. Now that vaccine mandates have been introduced around the world, it’s important to look at some of the reasons that can cause COVID-19 “vaccine” hesitancy. Previous posts dealt with vaccine safety, medical effectiveness, medical ethics, big pharma, mandates, emergency use authorization, and incentives used to increase compliance. Now, it is time to explore the influential Fauci.

Fauci is one of the most influential figures involved in pandemic response and health policy. He has been a household name since early 2020. But in actuality, he has been an advisor to seven Presidents and their administrations on issues related to HIV/AIDS, influenza, and other infectious diseases. He started working at the National Institute of Allergy and Infectious Diseases (NIAID) in 1968 and became the agency director in 1984.

You would think that an individual serving for over 50 years at the National Institute of Allergy and Infectious Diseases would have a positive impact on the prevention of allergies and infectious diseases or would have helped decrease the prevalence of these conditions. However, the opposite has taken place. The rate of allergic and infectious diseases, as well as chronic conditions, has skyrocketed since the 1980s. Fauci’s performance has been a public health failure.

Read my article to learn all the details related to Fauci’s results on Americans’ state of health over the past forty years: Fauci’s Performance – A Public Health Hazard! Could Fauci’s performance be a reason for COVID-19 “vaccine” hesitancy?

Fauci has taken a major role in every ”epidemic” since he became the head of the National Institute of Allergies and Infectious Diseases (NIAID). He has used these viral outbreaks (influenza, Zika, avian flu, swine flu) to incite fear in the population and profiteer.

His playbook then and now includes:

Learn more about Fauci’s Approach During the AIDS Epidemic.

Fauci is the highest-paid federal employee in the US, earning more than the president. On the books, his net worth is over $8 million. Even though this number is pretty high for a public servant, investigations have shown that Fauci has been making astronomical amounts. Could conflict of interest with pharmaceutical companies that involve Fauci be a reason for COVID-19 “vaccine” hesitancy?

Thanks to the White Coat Waste Project (WCWP), we have evidence of Fauci’s NIAID and NIH funding experiments using taxpayers’ money:

One contract for dog experimentation costs us $1.2 million while other contracts to experiment on monkeys cost us $13.5 million. Could sadistic experiments that involve Fauci be a reason for COVID-19 “vaccine” hesitancy?

Fauci has, also, been involved in disturbing and extremely dangerous research, gain-of-function (GOF) research. GOF research focuses on manipulating viruses and making them more powerful – more transmissible and deadly to humans. Gain-of-function experiments were the ones being conducted at the Wuhan Institute of Virology (WIV) when the COVID-19 pandemic first started. It’s believed that the outbreak that ended up killing millions emerged from a lab accident in Wuhan, China.

Hundreds of documents show that Fauci’s NIAID and the NIH have been funding gain-of-function research for decades. Learn in-depth information about GOF research, the timeline that led to the pandemic, and the characters involved in my article Fauci Funded Gain-Of-Function Research. Could GOF research that involves Fauci be a reason for COVID-19 “vaccine” hesitancy?

Since Fauci is the most powerful public health bureaucrat in Washington, he has been able to use his influence to silence opposing views and control the narrative that benefits him. He has done so by using mainstream media, scientific publications, prominent people he has funded, and those who invest in his pharmaceuticals of choice.

Fauci’s funding ability is one facet that has empowered him. He uses taxpayers’ money to give funds to scientists, researchers, and universities of his choosing, and for the studies that he is interested in and that benefits him. In fact, the NIH and Fauci’s NIAID gave $30 billion in grants to 56,000 recipients in 2021. This is how Fauci has been able to buy a lot of favor and influence within the scientific, medical, and healthcare communities.

Fauci has also used his power to manipulate the narrative that is beneficial to his interests. When hypotheses arose about the origins of SARS-CoV-2, he was able to discredit the claim that the virus originated at a lab and pushed the story that it originated in nature. Learn more about Fauci’s cover-up of Covid-19 origin.

Furthermore, Fauci used his influence to silence opposing voices. People who have challenged his narrative have paid a high price, some stopped getting grants and speaking opportunities, others lost their jobs and others got portrayed in the media as lunatics. One example of this is how he orchestrated the public takedown of the three authors of the Great Barrington Declaration. Learn more about Fauci’s motto is to crush dissenters.

Are You Hesitant to Get the COVID-19 “Vaccine”?

Fauci is one of the people who has heavily pushed Covid-19 “vaccines.” He has financial entanglements with Moderna, Pfizer, and other pharmaceutical companies. The payments and loyalties he receives compromise his integrity and put into question the research he funds, the results of those experiments, and the pharmaceuticals he pushes for approval. Fauci is invested in mass vaccination because it financially benefits him.

Fauci’s performance in the public health arena has been disastrous for Americans. We not only have more people suffering from allergic conditions and infectious diseases but people have developed more conditions that weren’t prevalent in the medical literature 40 years ago even though the NIAID’s funding has increased by about 250%.

Fauci has acquired tremendous power, which he has used for nefarious purposes. He has done a disservice to the field of science. This field should be unbiased and open to the exploration of alternative theories and points of view. However, Fauci plots Machiavellian plans to silence dissenters. He goes as far as to say that when he’s criticized ”they are really criticizing science because I represent science.” We should be extremely wary of any doctor, scientist, or health bureaucrat declaring himself the definition of science because this person is certainly a narcissist with a god complex.

Fauci is responsible for using taxpayers’ money to fund experimentation that is not only unethical but sadistic in nature. His funding of gain-of-function research which can end up in the development of a bioweapon is dangerous and totally unacceptable. All these types of experiments would make any Nazi doctor proud.

If you are hesitant to take the COVID-19 “vaccine” or a booster, you have all the right to be. Fauci is not just an unethical bureaucrat. He has engaged in willful misconduct, profiteering, racketeering, and defamation campaigns that have contributed to the death of thousands of innocent people. How can you trust someone of his character and his recommendations since he profits from the drugs he pushes? Fauci’s criminal behavior may be a reason for COVID-19 “vaccine” hesitancy.