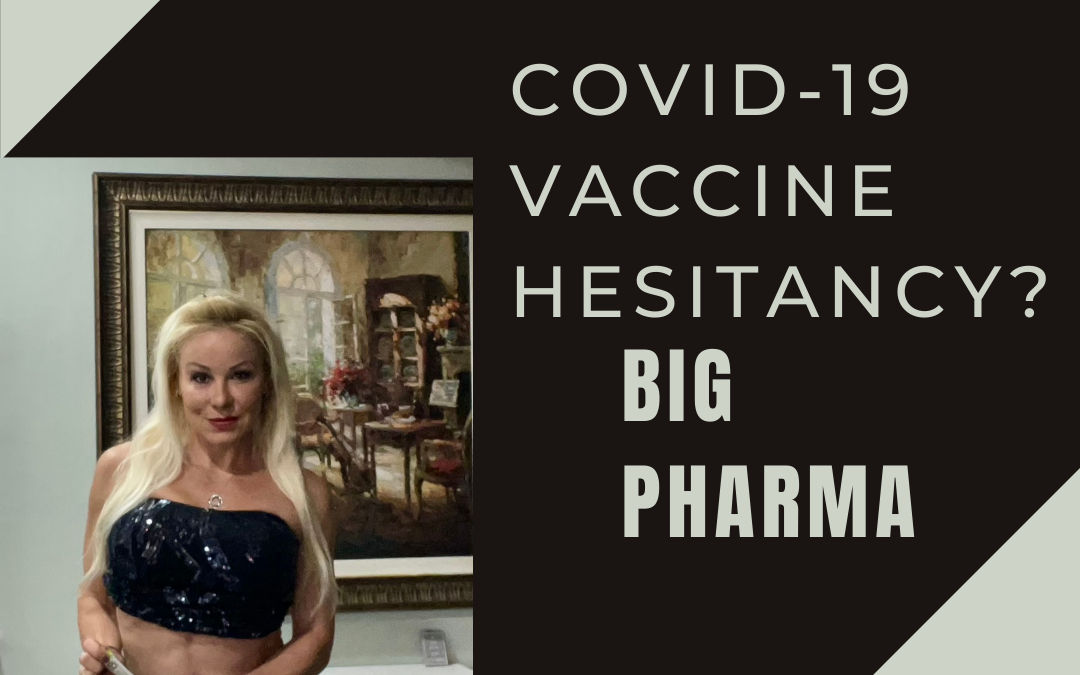 In my article, Our Social Atmosphere and The Inception of COVID “Vaccines,” I delved into the social environment of fear created around SARS-CoV-2 as well as death rates, and treatment. Now that vaccine mandates have been introduced around the world, it’s important to look at some of the reasons that can cause COVID-19 “vaccine” hesitancy. Previous posts dealt with vaccine safety, medical effectiveness, medical ethics, mandates, incentives, emergency use authorization, and Fauci. Now, let’s explore the role of big pharma.

The pharmaceutical industry is referred to as big pharma for many reasons. Over the past few decades, the pharmaceutical industry has gained a great deal of power and influence in the United States. It has done so by infiltrating and converging with diverse industries and top people in society. Read on to learn more about pharma’s most prominent conflict of interests, criminal and unethical behaviors, modus operandi, and business models surrounding COVID-19 “vaccines.”

Unethical entanglements with politicians (mayors, governors, presidents, members of congress and senate, and other legislators), Dr. Fauci, the FDA and CDC, the medical industry, researchers, and mainstream media have created corruption at many levels.

On one hand, close relations between pharma and politicians/legislators/bureaucrats pose a major conflict of interests. These relationships directly influence those who make recommendations and pass legislation related to pharmaceuticals. This is one of the reasons why pharmaceutical companies are exempt from liability with many of their products. Pharmaceutical lobbyists have contributed greatly to pharma’s acquisition of power in Washington and local governments ⤵️

On another hand, the pharmaceutical industry has gained power and influence through dealings with high-ranking bureaucrats and federal and national agencies. Even though these relationships are mutually beneficial for them, they are unsafe for Americans ⤵️

Pharma and The Medical Industry

Simultaneously and with the same dangerous results for the public, big pharma is directly involved in medical research and physicians’ practices ⤵️

A leading conflict of interest, that has increased the power and influence of the pharmaceutical industry, is the marriage of pharmaceutical companies to media corporations. This is how pharma is able to manipulate the public with its sponsored content. Besides, this is why topics related to the independent and unbiased analysis of pharmaceuticals’ safety and efficacy are never brought to the forefront ⤵️

In addition to the conflicts of interest that the pharmaceutical industry has created in many spheres, its advertisement practices, criminal conduct, product guarantee, and business model are aspects that could cause concern about the industry and its products.

Pharmaceutical companies engage in false advertisement practices on the regular basis. For instance, the current COVID-19 “vaccines” were marketed as a vaccine, not mRNA gene therapy. Pharmaceutical companies, along with the government, knew that referring to the covid shot for what it is (gene therapy) would elicit hesitancy. They called them vaccines so people would relate to them since vaccines are part of our lives, and are required to function in society at many levels.

This tactic violates federal law. mRNA vaccines don’t meet the standard medical and/or legal definition of a vaccine. Calling them vaccines and advertising them as such, is deceptive. This violates 15 U.S. Code Section 41 of the Federal Trade Commission Act, which covers medical advertisement.

At the same time, marketing COVID-19 “vaccines” as “safe” is another advertisement violation. These experimental products are still going through clinical trials and didn’t go through animal trials – as all pharmaceutical products are supposed to do. COVID-19 “vaccine” manufacturers don’t have all the data related to their potential side effects. Therefore, COVID shots shouldn’t be advertised as safe at this point.

As a matter of fact, we are seeing the opposite. As of January 14, 2022, there have been 1,915,357 people who have suffered adverse reactions and over 22,193 people have died soon after receiving the shot.

Another unethical advertisement is referring to these “vaccines” as effective. This leads people to believe that if they take them, they are protected from the virus. However, the rate of infection in highly vaccinated populations shows us otherwise.

These “vaccines” were tested for symptom amelioration to the virus. They haven’t been tested or proven to prevent infection or transmission. In actuality,  studies of 68 countries and 2,947 American counties show that countries and cities with high rates of vaccinated people have higher rates of SARS-CoV-2 infection. For instance, Vermont where 74% of the population is fully vaccinated has huge numbers of coronavirus infections and hospitalizations.

Pharmaceutical companies have zero liability status in relation to most vaccines. These private for-profit companies have total immunity. Since the 1980s, childhood vaccine manufacturers have been protected from liability under the National Childhood Vaccine Injury Act of 1986. This program took place due to the fact that vaccine manufacturers were losing millions of dollars because they were being sued regularly, and rightfully so when vaccinated children got adverse reactions. Under the program’s protection, they are not liable for deaths or injuries anymore.

Additionally, the government passed the Public Readiness and Emergency Preparedness Act (PREP Act) in 2005. The PREP Act further protects these companies from financial risk and shields them from liability when they launch a product, under a public health emergency, that causes injuries.

The only option for compensating injured people is the Countermeasures Injury Compensation Program (CICP), which is a poor solution. The CICP doesn’t cover legal or medical expert fees, lost wages are capped at $50,000, victims are not awarded compensation due to pain and suffering, and there is no judicial appeal if the claim is invalidated. Only eight percent of petitioners have been awarded compensation since 2010.

The current system, not only neglects and severely under compensates individuals who suffer adverse effects, it enriches pharmaceutical companies. Plus, current deals with legislators offer no incentives for these companies to do real safety testing, allowing them to endanger the lives and health of millions of children and adults.

Can you trust a company that doesn’t guarantee its products?

Would you buy a car from a company that has a pattern of producing cars that are defective and cause people to crash and die? Would you buy a car from a manufacturer that doesn’t give you a warranty and doesn’t take responsibility for their cars? Would you put your life and the life of your loved ones on the line? Maybe not everyone who buys a car from that company gets the malfunctioning car that causes crashes or deaths, but many of them do. Are you willing to play Russian Roulette?

Having a highly profitable business model can be the envy of many, in a good way. However, having businesses that make huge profits, run at the expense of taxpayers, and have total impunity in regards to their products doesn’t seem right.

Let’s take a look at the business models of the pharmaceutical companies that are developing COVID-19 “vaccines”: 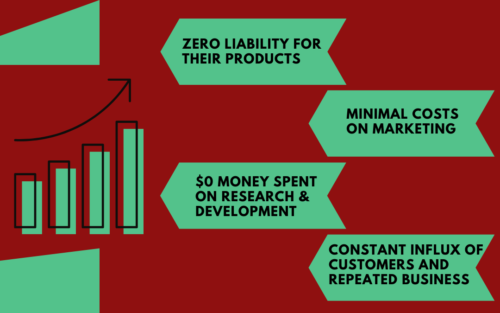 In our country, having a successful and profitable business is the target for most entrepreneurs and business people. However, having lucrative results at the expense of taxpayers and their health should never be a goal. As a matter of fact, it’s despicable.

Pharmaceutical companies have compromising relationships with politicians, legislators, members of congress, national agencies, doctors, researchers, the mainstream media, Dr.Fauci, and even the president. All these entanglements have contributed to big pharma’s great power and influence and have created huge conflicts of interests that are unsafe for Americans’ health and liberties.

Key issues to reflect upon:

If you are hesitant to get the COVID “vaccine,” you may be right to be. Pharmaceutical companies’ unscrupulous and criminal behavior as well as their unethical merging with politicians, legislators, the CD, the FDA, Dr. Fauci, and the media conglomerates are matters of concern. Our current state of affairs relegates Americans and puts our well-being and rights on the back burner. These tremendous conflicts of interest should make us pause before trusting any pharmaceutical blindly.

Check out this great 16-minute video from Children’s Health Defense exposing what has been transpiring!