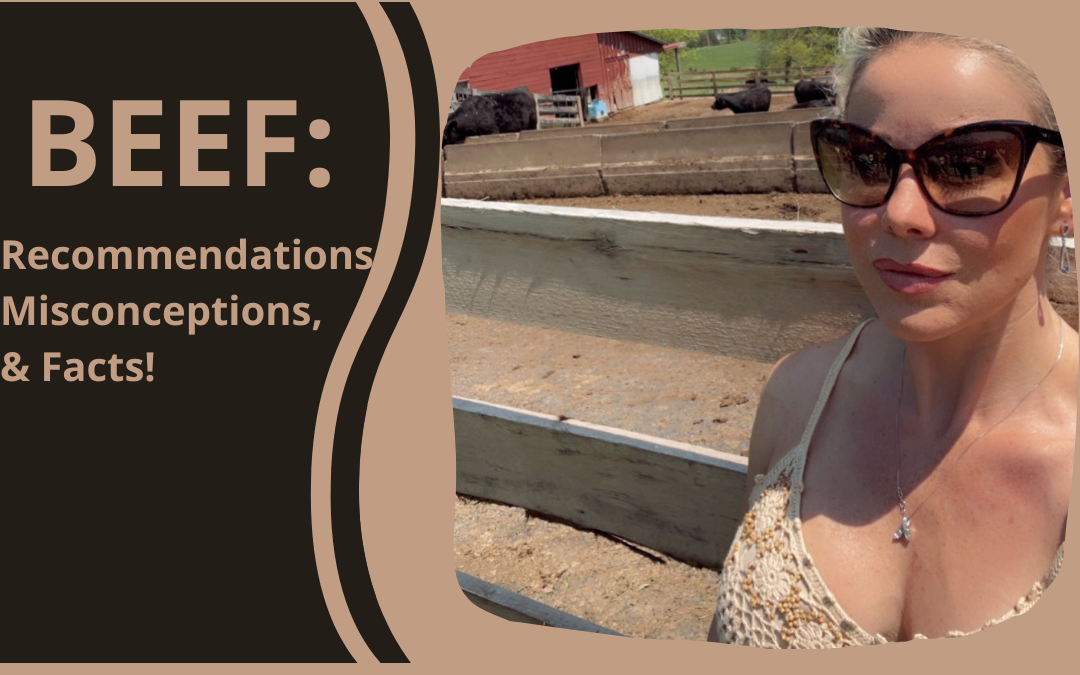 About 2.6 million years ago, our diet expanded with the incorporation of meat, making us omnivorous and giving us certain advantages. Many people love meat, beef in particular, but is it healthy? Let’s examine diverse facts, beef misconceptions, and beef recommendations to determine if you should eat beef regularly.

Despite the prevalent love for red meat, beef recommendations urge us to avoid consuming it regularly. But are these recommendations based on facts? This is what dietary guidelines say:

The above recommendations have their origins in the late 1950s based on the lipid hypothesis. The main proponent of the lipid hypothesis was Norman Jolliffe, an overweight diabetic doctor confined to a wheelchair. He was the Director of the Nutrition Bureau of the New York Health Department and believed that red meat intake increases the risk of cholesterol and CVD due to its medium- and long-chain saturated fatty acids (SFAs) and cholesterol content.

In 1957, Dr. Jolliffe’s conducted a study where he split businessmen, ages 40 to 59, into two groups. Some were given the “Prudent Diet” which had corn oil and margarine instead of butter, cold breakfast cereals instead of eggs, and chicken and fish instead of beef. The other group ate eggs for breakfast and had meat three times a day. The experiment was published in 1966 in the Journal of the American Medical Association.

They reported that those on the Prudent Diet had average serum cholesterol of 220, compared to 250 in the meat group. Even though there were eight deaths from heart disease among the Prudent Diet group and none from the meat group, conclusions reflected the higher cholesterol results related to those who ate red meat and recommended limiting red meat consumption. Dr. Jolliffe died in 1961 from a vascular thrombosis but obituaries listed “complications from diabetes” as his cause of death.

Despite decades of propaganda against meat, saturated fat, and animal products, there is no concrete causal evidence showing their deleterious effects. The lipid hypothesis is a beef misconception that you’ll learn more about when looking at recent research.

It’s important to look at some beef facts and dietary changes that have been taking place over the years to identify trends and their impact on our health.

We are consuming less of the following foods:

We are consuming more of the following foods:

The Current State of Affairs

Unfortunately, we are now sicker and heavier than ever. The statistics are worrisome:

The consensus that red meat is unhealthy is finally changing. Beef facts are changing the misconceptions related to beef that have inundated our society. Numerous factors are contributing to illness instead of red meat. Beef and animal fats have been part of our diet for centuries, vegetable oils, particularly hydrogenated vegetable oils, sugar, refined carbs, and processed foods have not!

Now that you know the most prevalent beef misconceptions and facts, you can go ahead and enjoy your favorite beef cuts. Do not be afraid to eat saturated fats, such as butter, cheese, fatty meat, and whole milk either. They are great for your health. Learn the beef recommendations for different life stages andcheck out New York Beef Council for all beef-related content.